How Big Of An Impact Social Media Really Has On Teens

If I told you to list as many Social Media apps as you can in 30 seconds, which ones would you name first?  Twitter, Instagram, Tumblr, Snapchat, all of these and many more are the key aspects of what is causing young adults and teenagers to act the way they do today.

For many years, magazines, commercials and websites have taught adolescents, especially young women, that there is a certain way that we should look and act.  Today there is hundreds of social media platforms that are helping to change the way that we portray ourselves.  Using these social media outlets daily are taking away the availability that we have to be unique individuals and to represent who we are and where we come from.

One of the most common used Social Media apps used daily is Instagram.  Instagram was launched in 2010 with only a few thousand people using it for the first time ever.  As of September 22, 2015, there is 40 million active users on Instagram.  That is 40 million people that are causing young adults to change the way they look and the way they act. 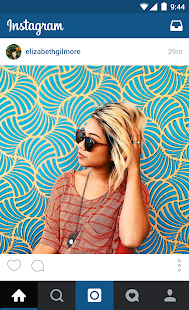 Social Media has not only impacted the social side of people’s lives, it has also affected the physical side as well.  Teens and young adults see models, internet stars, famous actors and actresses and say, “Wow.  I want to look like that!”.  What many people don’t see or know about these people that they look up to, is that they have personal trainers and assistants to keep them looking the way they do.  When young adults decide that they want to look like one of those people, they sometimes end up physically hurting themselves and can end up in a life or death situation.  These young adults can end becoming bulimic, anorexic or they put their bodies in conditions that they don’t need to be in.

When using social media, it is perfectly fine to look up to your role models and admire they way they look and the things that they do.  But it is also important to remember that that is there life, not yours.  Why try and be someone else when you can be yourself?

10 Must Watch Shows on NETFLIX

Getting ‘Roasted’ at Roasting Water